Stevie Wonder, Lavar Burton, Will I Am, actor Wendell Pierce, and Janelle Monae are among the multitude of celebrities and fans who have chimed in with their point of view, (mostly thinking that Yeezy is bat sh*t crazy), on the controversial statement that slavery was a “choice” made by Kanye on TMZ. My initial response was also one fueled by emotion. Upon hearing the statement, in conjunction with his other statements and shenanigans as of late, I too immediately thought ” This dude done lost his mind.” Then I saw on IG that singer Steven Russell Harts of R&B Group Troop (of Spread My Wings fame) appeared to agree with West. 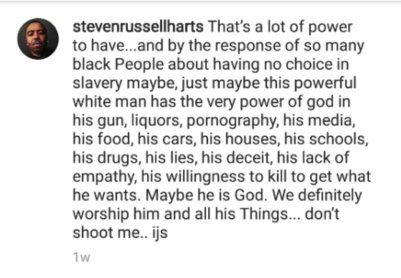 I remember thinking “Oh lord, not him too!”  While there were some who agreed, there were those who came out swinging. It was so much back and forth (Because Steven Russell Harts got in his bag and got just as disrespectful as some of the responders were) that while it made for good gossip, I couldn’t get a good read on things. Then this exchange took place…… 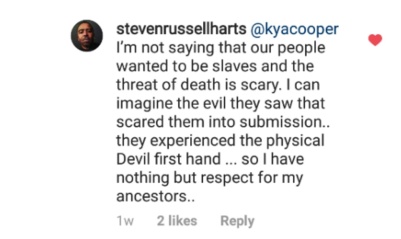 By the end of that exchange, I had laid down my initial emotional response to the statement and replaced it with a more logical understanding. Choosing to jump to certain death from ships as opposed to living a life of bondage, choosing to comply with gun-toting barbarians in order to keep your life, choosing to risk your life and possibly sacrifice some of your ranks in an attempt to overthrow your captors, and choosing to risk your life by running North for freedom were all, undeniably, choices available to our ancestors. While that may be true, to leave it at “That sounds like a choice to me.” is rather reckless.

It needs to be made clear that we should have NEVER been ripped from the homes and lives that we knew, and so savagely placed into such a position where THESE were the only choices left available to us. It should also be said that no matter which of these choices our ancestors made, even now today, we not only greatly appreciate, respect, and honor them for their sacrifices but also still carry their pain.

Kanye may have some ideologies you disagree with, may support people you despise, may need to better filter his words, and may even need long-term psychiatric and psychological help (because since the death of his mother, he has never really been the same) but he’s not crazy. While I seriously miss the old Kanye…. 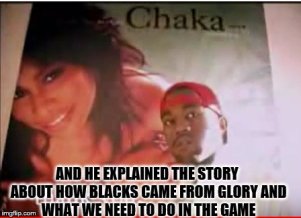 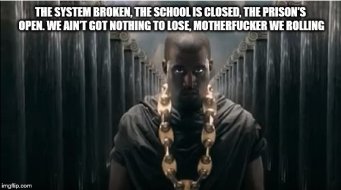 I’m open-minded enough and more than willing to take a logical, not emotional look, at some of his ideologies and things he says. Although many have simply written him off as being in the sunken place or being completely nuts I honestly believe he still has much to say to the logical thinker. “Poopity Scoop” is not one of those things.

12 thoughts on “Has Kanye West Lost His Mind, Or Do You Simply Need To Open Yours?”